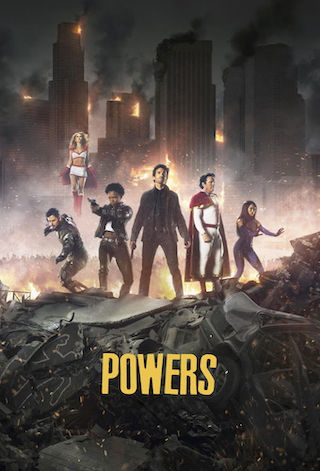 Will Powers Return For a Season 3 on Playstation // Renewed or Canceled?

When Will Powers Season 3 Release Date? Will Powers return for a Season 3 on Playstation? Whether Powers is renewed for another season or canceled? Get acquainted with the latest reliable news regarding the upcoming season of Powers on Playstation. Track the Powers renewal/cancelation status.

Powers kicked off on March 10, 2015 on Playstation. Powers is a 60-minute scripted drama/action/science-fiction television series, which is currently in its 2nd season. Powers airs by Tuesdays at on Playstation.

Unfortunately, Playstation decided not to pick up Powers for a 3rd season. Powers thereby is canceled and will not return for another round on Playstation. If the show's status is changed somehow and Playstation opted to revive Powers for another round, we will update this page. So guys, we're regreat to report the bad news. Stay tuned for updates. We'll inform you if something has changed.

Previous Show: Will 'K.C. Undercover' Return For A Season 4 on DisneyNOW?

Next Show: Will 'From Dusk Till Dawn: The Series' Return For A Season 4 on El Rey Network?