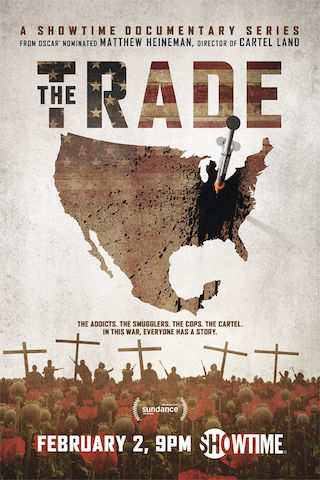 Will The Trade Return For a Season 3 on Showtime // Renewed or Canceled?

The Trade kicked off on February 2, 2018 on Showtime. The Trade is a 60-minute documentary television series, which is currently in its 2nd season. The Trade airs by Fridays at 21:00 on Showtime.

The Trade Season 3 is yet to be announced. Showtime has yet to reveal the decision on renewal/cancelation of The Trade. However, looks like that The Trade Season 3 is due to happen, given the mainly positive statistics of the current 2nd season, critic/viewers' consensus, an overall score of The Trade on IMDb, as well as television ratings and a reception on Metacritic and Rotten Tomatoes.

You may also visit the The Trade official page on the Showtime website to check the show's current status. Once the The Trade actual status is updated and/or its release date is revealed, we will update this page. Stay tuned for updates. We will keep you informed!

Previous Show: Will 'White Boyz in the Hood' Return For A Season 2 on Showtime?

Next Show: Will 'Active Shooter: America Under Fire' Return For A Season 2 on Showtime?